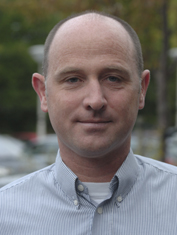 Andre Betting (1961) has been Executive Director of the Van Leer Group Foundation and General Manager of Crecor BV since October 2007. Before he worked as Director of the Financing Directorate in the Dutch Ministry of Finance for 8 years and was responsible for all Dutch state owned enterprises, privatizations, and the development and structuring of Public Private Partnerships within the central government. Prior to this he worked as Strategic Officer in Unisource NV, the Joint Venture between Telia of Sweden, Swisscom of Switzerland and KPN of the Netherlands. Earlier he held several positions within the Telecommunications & Post Directorate of the Dutch Ministry of Transport and Public Works. His first function after studying law and public administration at Groningen University was as a policy advisor on municipal finances at an independent advisory council to the government.